Judith Ashley is the author of The Sacred Women’s Circle series, romantic fiction that honors spiritual traditions that nurture the soul.
In 1994 I attended a William Glasser Conference in Dublin, Ireland. There I met colleagues from the Balkans. The Balkan War was raging and their once peaceful lives were in chaos. When asked what The William Glasser Institutecould do, they said they needed support. 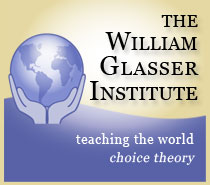 Funds were donated and used to purchase diapers and formula and other necessities like soap and shampoo that were in short supply.
A group of us went a step further and organized a small conference on the shores of the Adriatic Sea in Rijeka, Croatia. We paid our own way and raised additional monies to put on the conference for those who could come. In addition we volunteered to lead workshops and provide whatever counseling services were needed. Our group was received by the Mayor of Rijeka, one of our members was interviewed on a national radio program. A highlight was the evening the government minister for prisoners of war and torture victims spoke to us.

I had a chance conversation with a professor at the local University. He invited me to speak to one of his classes. I also led a group discussion with a small group of women who