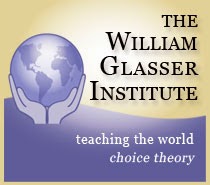 Dr. William Glasser’s revolutionary book Reality Therapy was published fifty years ago. Many of us who studied with Dr. Glasser as well as others who are interested in his work are coming together in Las Vegas later in July to celebrate this anniversary. Not only was the counseling process of reality therapy taught in 1965 the first brief therapy, at the core it recognized the importance of the counselor attaining and maintaining a friendly or even colleague-like relationship with the client. Dr. Glasser taught, fifty years ago, what is now termed “client-centered” therapy.

August 2013, Dr. Glasser died but his teachings are alive and well.

In my recent book, Hunter (due out summer 2015), Logan, the daughter of the main character, Hunter Compton, runs away and gets into trouble on the streets of the fictional Fremont, Oregon. When she is found and brought off the streets, she is shaken to the core.

How could anyone still love her if they knew what had happened to her? 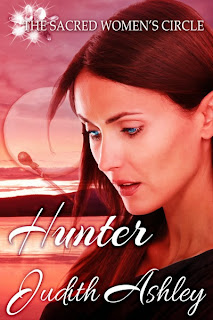 It starts with two people who do know what happened to her and clearly and unequivocally state they love her.

As the story progresses and she comes to see that people who know her do not turn away from her, she begins to believe she is lovable. When the darkness of despair and fear creep into her thoughts, she lists by name the people she knows do love her.

Having a background in child welfare as well as over thirty years working in domestic and international adoption, I know how powerful the belief is that someone else cares about us.

Your assignment, if you choose to accept it, is to take a piece of paper and write down the first name of everyone who cares about you. Of course there are some names like family that easily go on the list, but stretch yourself.

Who else cares about you? Best friends, but they are also easy to include.

When I involved my granddaughters with this exercise, after family, we included their teachers, neighbors, doctors and classmates.

Seeing the list of names on a sheet of paper not only shows how connected we really are but is a very powerful experience.

My own list would include my local pharmacy. Just yesterday in 90+ degree weather, when I picked up my prescription and a pint of vanilla ice cream, the pharmacist checked to see how close I lived and offered me a cold pack to keep the ice cream from melting.

I didn’t ask, it was offered.

Cynics will say, “well, yeah, you’re a customer”. However, if I’d been across the street at a major grocery chain, no one would have asked much less made the offer.

So do yourself a favor and make the list. Add to it from time to time as you meet and get to know new people.

And, unless someone is especially nasty to you, do not cross them off. I know I’ve several people with whom I’m not in regular contact, but that doesn’t mean I don’t care about them and vice-versa.

Judith Ashley is the author of The Sacred Women’s Circle, romantic fiction that honors spiritual paths that nurture the soul.