Judith Ashley is the author of The Sacred Women’s Circle series, romantic fiction that honors spiritual traditions that nurture the soul.

Finally the covers for all seven books in The Sacred Women’s Circle are complete – thanks to the creativity of Christy Caughie’s Gilded Heart Design. 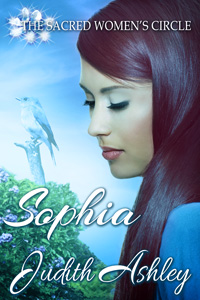 Sophia is the story I’m writing as I schedule this post. I know Sophia because she has been in every book since Lily. She sent out the flyer that brought this group of women together. From diverse backgrounds, they found a way to create a spiritual practice that nurtures their individual souls.
An underlying theme in many of the books is food. Jackson, the hero in Lily, makes a killer spaghetti sauce and home made ice cream and toppings. Grant, the hero in Hunter (book five) enters into a contest with Jackson to determine who makes the best ice cream. Giovanni, the hero in Gabriella, first appears in Lily. He shows up in the other books in competition with Jackson. An Italian by birth and still living in Italy, Giovanni whips up his own version of spaghetti sauce, fresh pasta, homemade bread.
However, the most consistent cook is Sophia. She is known for her decadent peanut butter and chocolate cookies, brownies, pecan sticky buns, cinnamon rolls and a chocolate cake that is to die for. The aroma of fresh baked bread, homemade soups and stews permeate the air and delight the taste buds of everyone who enters her house.
In addition to her cooking, Sophia has a garden. Her over-sized lot is eighty percent garden and more than half of the space is dedicated to fruits and vegetables. One of the blessings of her prolific garden is she shares. Throughout the year, she gifts not only the members of The Circle with flowers and produce but others as well.
Working in her garden, Sophia sees the Wheel of Life turn. Seeing the new sprouts, the new buds, the new signs of life coming back each year feeds her on every level. I’m eager to see how she deals with the hero, a jaded, cynical cop who has lost the ability to see the good in the world around him. 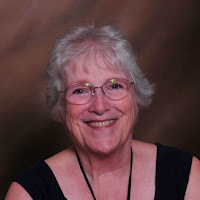 You can learn more about The Sacred Women