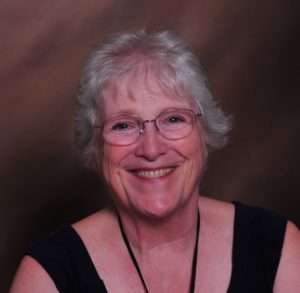 In her 50 plus years working in social services, there isn’t much Judith hasn’t seen, heard or experienced. At the turn of the century, when she started seeing visions and hearing voices, there were a few moments of uncertainty about her own sanity until she really listened to those voices and paid attention to what she saw in those visions.

What she heard were the stories of seven women who’d come together to create their own spiritual path. What she saw were vignettes from their journeys. In these scenes she witnessed each woman finding spiritual practices that brought her peace and supported her as she dealt with her own life challenges. Judith will admit the main thing that, in the beginning, helped her remain calm was the fact she’d been a part of sacred women’s circles for almost a decade.

Once the original seven Sacred Women’s Circle novels were published the visions and voices continued. Instead of only experiencing fictional stories, Judith saw how to share the same problem solving process she teaches in her workshops and that her fictional characters use.

At the heart of Judith’s fiction and non-fiction are core beliefs founded upon the concepts of world-renowned psychiatrist, Dr. William Glasser. Since 1978 her formal involvement in learning and applying these concepts in her social service work and her own life have solidified a foundation of knowledge she uses not only in her writing but in her Writing Workshops. Achieving Dr. Glasser’s approval in 1991 to join The William Glasser Institute’s senior teaching faculty is one of several high points in her over forty year involvement with The Institute.

When you read Judith’s fiction, you’ll see how those concepts can be applied to resolve everyday problems. When you read her non-fiction, you’ll have a blue print for your own personal plan to create what you want in your own life. When you attend one of her workshops or trainings, you’ll have access to her fund of knowledge and experience to support you on the path you set for yourself.

Judith’s prayer for you: