A Month of Love: Crystals 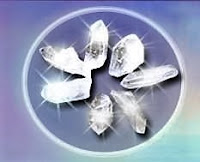 As you can see, crystals are one of the things I love. I positioned the seven crystals representing my heroines and took the picture on the right that is the foundation for my current my logo on the left. 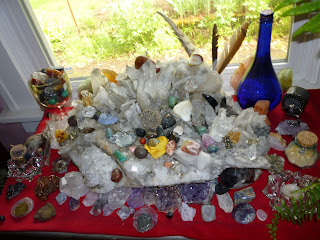 As a small child I loved bling even though I wasn